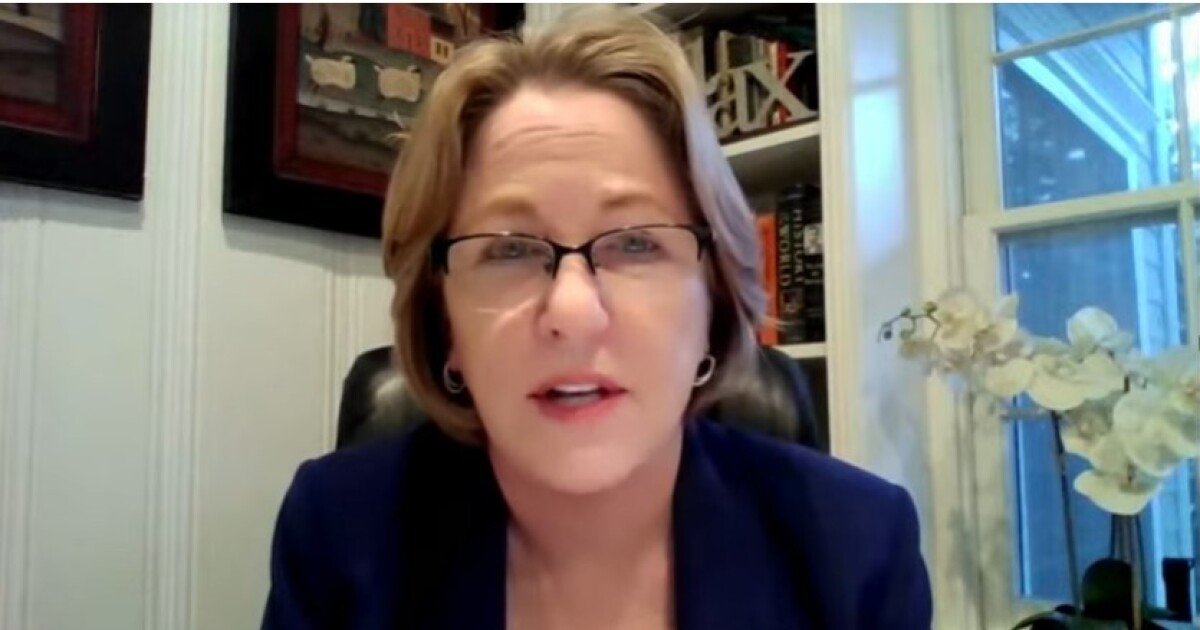 National Taxpayer Advocate Erin Collins expressed concern Wednesday in a midyear report to Congress about continuing delays by the Internal Revenue Service in processing tax returns filed on paper last year, pointing to far higher numbers than the IRS itself claimed just a day ago.

Overall, the IRS said that as of June 10, 2022, it had 11 million unprocessed individual returns which include returns received before 2022, and new tax year 2021 returns, counting both paper and electronically filed returns. Of these, 1.9 million returns require error correction or other special handling, and 9.1 million are paper returns waiting to be reviewed and processed. The IRS has been on a hiring spree in recent months, hiring 1,500 new employees while creating so-called “surge teams” of about 2,000 employees brought over from other parts of the agency, and adding to staff overtime. It said Tuesday it was on track to eliminate the backlog of unprocessed tax returns without errors by the end of this week, but it is unclear how to account for the discrepancy between Collins’s figures as of the end of May and the IRS’s numbers as of June 10.

“The IRS has said it is aiming to crush the backlogged inventory this year, and I hope it succeeds,” Collins wrote in her report. “Unfortunately, at this point the backlog is still crushing the IRS, its employees, and most importantly, taxpayers. As such, the agency is continuing to explore additional processing strategies.”

Her report points out that the significant majority of individual taxpayers receive refunds. “At the end of the day, a typical taxpayer cares most about receiving his or her refund timely,” Collins wrote. “Particularly for lower income taxpayers who receive Earned Income Tax Credit benefits, tax refunds may constitute a significant percentage of their household income for the year. Thus, these processing delays are creating unprecedented financial difficulties for millions of taxpayers and outright hardships for many.”

Among business taxpayers, the report notes that many of them have been waiting extended periods to receive Employee Tax Retention Credits for which they are eligible, in addition to their regular refunds. Some of the taxpayer challenges this year have included return processing delays, correspondence processing delays, and difficulty reaching the IRS by phone.

Collins has described paper tax returns in previous reports and testimony to Congress as the IRS’s Kryptonite. Over 90% of individual income taxpayers e-file their returns, but last year, about 17 million taxpayers filed their returns on paper. While some taxpayers choose to file on paper, others have no choice because they run into e-filing barriers, such as when they are required to file a tax form or schedule the IRS cannot accept electronically. Before the pandemic, the IRS typically delivered refunds to paper-filers within four to six weeks. Over the past year, refund delays on paper-filed returns have generally exceeded six months, with delays of 10 months or more common for many taxpayers.

The report said the IRS has failed to make progress in eliminating its paper backlog because “its pace of processing paper tax returns has not kept up with new receipts.” In May, the IRS processed an average of approximately 205,000 individual income tax returns (Forms 1040) per week. The backlog on processing the Form 1040 at the end of May reached 8.2 million, with millions more paper tax returns not yet classified or expected to arrive before the extended filing deadline of October 15. The report expressed skepticism about the IRS’s ability to eliminate the backlog this year, as Rettig has promised, contending the IRS would have to process well over 500,000 Forms 1040 per week — more than double its current pace. “The math is daunting,” said the report.

The 1040 is only one component of the paper tax returns processing backlog. Millions of business tax returns and amended tax returns (both individual and business) are also filed on paper. The overall backlog has increased by 7% over the past year.

The IRS has publicly committed to reducing its paper tax return backlog to a “healthy” level by the end of the year, but it has not provided a definition of “healthy,”  according to the report.

“Historically, the IRS has paid refunds resulting from paper-filed returns within four to six weeks,” Collins wrote. “From a taxpayer perspective, returning to a four-to-six-week refund delivery period is a reasonable definition of ‘healthy.’”

Largely because of the likelihood that the IRS will carry a large inventory of unprocessed paper tax returns into the 2023 filing season, Collins issued a Taxpayer Advocate Directive (TAD) in March directing the IRS to implement 2-D barcoding or other scanning technology to automate the transcription of paper tax returns. “Today, the digits on every paper return must be manually keystroked into IRS systems by an employee,” Collins wrote. “In the year 2022, that doesn’t just seem crazy. It is crazy.” The IRS’s response to the TAD is due on June 27, 2022.

The report acknowledged the IRS took some steps recently to deal with the backlog but noted the agency also “missed opportunities” to have acted earlier.

“The IRS’s paper processing delays were evident more than a year ago, and the IRS could have addressed them more aggressively at that time,” Collins wrote. “Had the IRS taken steps a year ago to reassign current employees to processing functions, it could have reduced the inventory backlog carried into this filing season and accelerated the payment of refunds to millions of taxpayers. Had the IRS implemented 2-D barcoding, optical character recognition or similar technology in time for the 2022 filing season, it could have reduced the need for employees to engage in the highly manual task of transcribing paper tax returns. Had the IRS quickly used some of the $1.5 billion of additional funds provided by the American Rescue Plan Act of 2021 (ARPA), which was enacted 15 months ago, to hire and train additional employees, it could have worked through the backlog, answered more taxpayer telephone calls and otherwise improved taxpayer service.”

At the end of May 2021, the IRS had an additional 15.8 million returns that had been suspended during processing and required manual review by IRS employees. The suspended returns consisted largely of e-filed returns on which taxpayers claimed Recovery Rebate Credit amounts that differed from the allowable amounts shown on IRS records. As of May 2022, the IRS had reduced the number of suspended returns to 5.4 million. The report credits the IRS with developing procedures to reduce delays among suspended returns, in part by automating the review process. However, e-filed returns suspended during processing did not generally result in extended refund delays. By contrast, unprocessed paper-filed tax returns have resulted in refund delays of six to 10 months or longer.

When a taxpayer receives a notice and is asked to respond or chooses to respond, the typically needs to do so by mail. Through May 21, the IRS processed 5 million taxpayer responses to proposed adjustments. It took an average of 251 days to do so, or over eight months. That is more than three times the processing time of 74 days in fiscal year 2019, the most recent pre-pandemic year.

“When a math error or similar notice is generated in connection with a paper-filed tax return,” the report says, “the combination of the return processing delay and the correspondence processing delay may mean that the taxpayer must wait well over a year to get the issue resolved and receive the refund due.”

Currently more than 336,000 taxpayers could not file their tax returns or receive their tax refunds because identity thieves had already filed a return using their identifying information. These taxpayers must submit affidavits and other documentation to substantiate their identities. They now generally must wait at least a year to receive their refunds. The IRS website states: “[D]ue to extenuating circumstances caused by the pandemic our identity theft inventories have increased and on average it is taking about 360 days to resolve identity theft cases.”

During the 2022 filing season, the IRS received approximately 73 million telephone calls. Only one out of 10 calls reached an IRS employee. Compared with the 2021 filing season, IRS employees answered less than half as many calls, but the percentage of calls answered stayed about the same because they also received less than half as many calls. The time the average taxpayer spent waiting on hold rose from 20 minutes to 29 minutes.

This former financial advisor pivoted to teach advisors about crypto: ‘A lot of folks are convinced it’s a fad or it’s a fraud’
Chef’s Warehouse (CHEF) and AZEK (AZEK): 6/30/2022 Bull & Bear
The S&P 500 just had its worst first half in more than 50 years, which ‘stressed’ this classic investment strategy
Op-ed: This ‘unfamiliar’ type of bond fund may offer opportunities for fixed-income investors
Investors see little to be gained in stocks the rest of the year, favor dividend payers now, CNBC survey shows